As a Christian historical/political fiction writer, I can’t help but draw attention to the uncanny similarities between biblical Israel and the United States. I honestly believe that God wrote Israel’s story—its triumphs and its failures—as a foreshadowing of America and the world as a whole.

But as they prospered, and the solid leadership under which they had been founded died away, both Israel and America began to slide into a state of moral and political apathy. As Joshua, David, and Samuel became names that were lost in the fog of distant history—much like Washington, Lincoln, and George Whitefield—biblical Israel left its spiritual foundation and found itself irreparably divided.

As America is now largely split between the Republican and Democratic parties, so ancient Israel found itself divided into two kingdoms: Israel and Judah. One (Israel) was largely progressive and permissive in its lifestyle under the leadership of King Ahab and his descendants while the other (Judah) clung to a shadow of their religious heritage.

Israel controlled popular trade routes and prospered financially through Ahab’s marriage to Jezebel (article by National Geographic) but the spiritual poverty continued to take a moral toll on its citizens.

Judah continued its worship of Jehovah, but it too was corrupt. Sporadic revivals kept the fire going but it was the fervency of a candle and not the roaring blaze of years gone by.

These two kingdoms warred incessantly on each other, unleashing generations of conflict from which they never recovered. Our political leaders attack the character, principles of the other party. In the case of the liberal thinkers, they attack the very faith which made America great in the first place.

The End of the matter

The spiritual apathy of Israel became evident through the moral apathy of the nation. Marriage and traditional gender roles were no longer respected. Children were sacrificed on the altars of promiscuity (think abortion). And the preachers of God (the prophets) were murdered in the name of progress and tolerance.

It is a curious truth that nations who turn away from the paths of morality become politically dysfunctional. Perhaps it is the abundance of food and easy living. Perhaps it is a disconnect from the realities that other nations face daily. Ultimately, it comes down to disobedience to God. Whatever the causes, one thing is clear—if a foundation of faith is destroyed the entire building will collapse.

Weakened from years of internal feuding that was marked by temporary alliances, Israel (the liberal kingdom) was the first to succumb to the Assyrians. Judah was spared by God’s divine intervention for a time but, the spiritual apathy that had stolen the hearts of Abraham’s descendants finally resulted in the complete defeat of Israel and Judah.

What we can learn

Analyzing history is part of my work as an author. There is a warning in the repetition of these historical trends. Once again the wheel has turned and America is falling into the same pattern that characterized life in Israel and Judah.

There is one great difference between these kingdoms and the United States. To both, God made the promise of restoration after their destruction and purging. Instead of two nations, God promised to make one kingdom—a kingdom that would prosper.

America has no such promise.

I would argue that a close reading of Scripture suggests a power vacuum in the global sphere that can only come about by the absence of America as a dominant player in the theatre of international politics.

What we can do

As individuals, let us seek to rebuild our family altars. Let us look beyond the confusion and see the real problem that confronts us as a nation. It is not George Floyd or other acts of racial intolerance. It is not wealth inequality or social injustice. It is not even the desecration of the statues of the men who built this nation with their sweat and blood.

It is the simple reality that Christ alone can bring peace and justice. If we believe this, let us prepare our hearts for His soon appearing.

JP Robinson is a political and historical fiction author whose work has been praised by industry leaders such as Publishers Weekly. He is also a devoted husband and father. Follow him on Facebook. 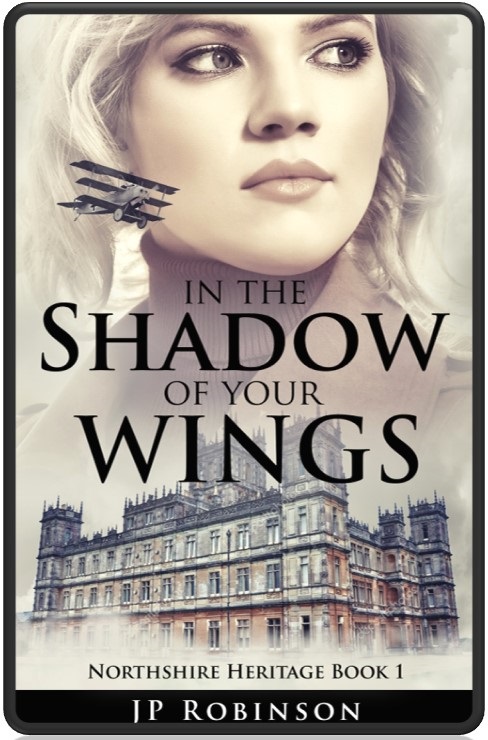